With Russian skaters out from international competitions, the world of figure skating expected a decrease in performance. However, there has been no sharp regression and single skaters continue to complete multi-turn jumps and win medals. Some of them did it best of all. This is the case of Mao Shimada, the very young Japanese skater, pupil in the Japanese coach Mie Hamada’s team, who won the fourth stage of the ISU Junior Grand Prix 2022-2023 figure skating circuit by a large margin, automatically detaching the pass for the Finals in Turin with a very high profile program.

Second after the short program, Hamada took off with a test without significant flaws, inaugurated by the triple axel and continued with a quadruple toe loop landed on the quarter. Then making six more triple jumps, including two lutz, and collecting precious GOE points with her spins, the young skater reached the very high score of 148.87, which is the fourth highest in history after Sofia Akatieva, Kamila Valieva and Alexandra Trusova – totaling 217.68 (sixth highest overall in history). 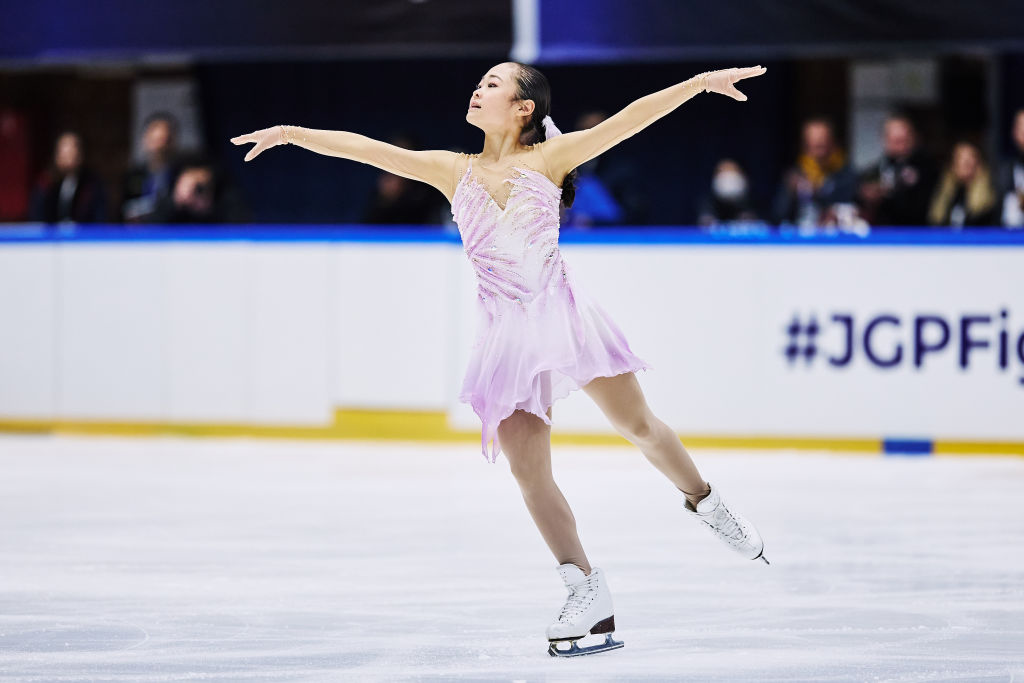 Mie Hamada, who brought up a whole generation of talented figure skaters, is said to be the one who will destroy the hegemony of Tutberidze in women’s single skating, proving that it is possible to win outside of Khrustalny.

Shimada’s success wasn’t by chance t. It seems that Japan is seriously setting out to prepare worthy competitors for single competitions and Mao is just the most emblematic name to represent the attempt to increase Japanese authority in world figure skating.