Valieva leads the short program, followed by Shcherbakova and a brilliant Sakamoto

hTe youngest female athlete (15) in the Figure Skating competition at the Beijing 2022 Olympic Winter Games, Kamila Valieva (ROC), took to the track today for the short program that she almost masterfully dominated, placing herself in first place among the top 25 classified for the free program, with an unfortunate triple axel at the opening, definitely off axis. In tears at the end of the program due to the complex emotional situation she is living (see: doping case), she certainly has not skated the best short program of her life, nevertheless she remains in the lead (82,16).

The results of Valieva, who, according to a CAS decision, will continue to participate in the Olympic Winter Games Beijing 2022, are provisional since there are pending proceedings with regard to the results of an anti-doping test of the athlete.

Valieva opened her “In Memoriam” short program by fighting to stay up on a triple Axel attempt, putting a hand down to stay upright after going nearly sideways mid-air. She would complete a triple flip and triple Lutz-triple toe-loop to finish the program, which received the highest Program Components of the evening, a 37.65.

Reigning world champion Anna Shcherbakova (ROC) is one of the very few athletes who closes her short program without smudges or errors, coming very close to Valieva’s total score with a 80.20.

Shcherbakova was seamless in her skate, opening with a double Axel and then adding a triple flip, before finishing with a triple Lutz-triple toe in her “Dangerous Affairs” program, which she switched to midway through the season.

“I was not nervous today,” Shcherbakova said. “I am so happy… I controlled every move, every jump, every spin. I was really focused. I’m happy I didn’t do any mistakes. … All my nerves are already gone from practices. Today I was really calm.”

Kaori Sakamoto (JPN) shines with the best short program of her life, with a technical score in line with that of Anna Shcherbakova. She performs a perfect double axel and, equally remarkable, a long and fast combination of triples. She ranks third in the provisional ranking (78.84).

Sakamoto, who skated last, made her debut at PyeongChang 2018 and won her second Japanese national title in December. She set a career-best score with her 79.84, looking to improve upon her sixth-place finish from 2018.

“I was so nervous I was about to cry before the performance,” admitted Sakamoto. “I’m glad I managed to keep my focus til the end. … This is the best I can do with the program I have. To be able to do that at the Olympics of all places gives me confidence for the future. 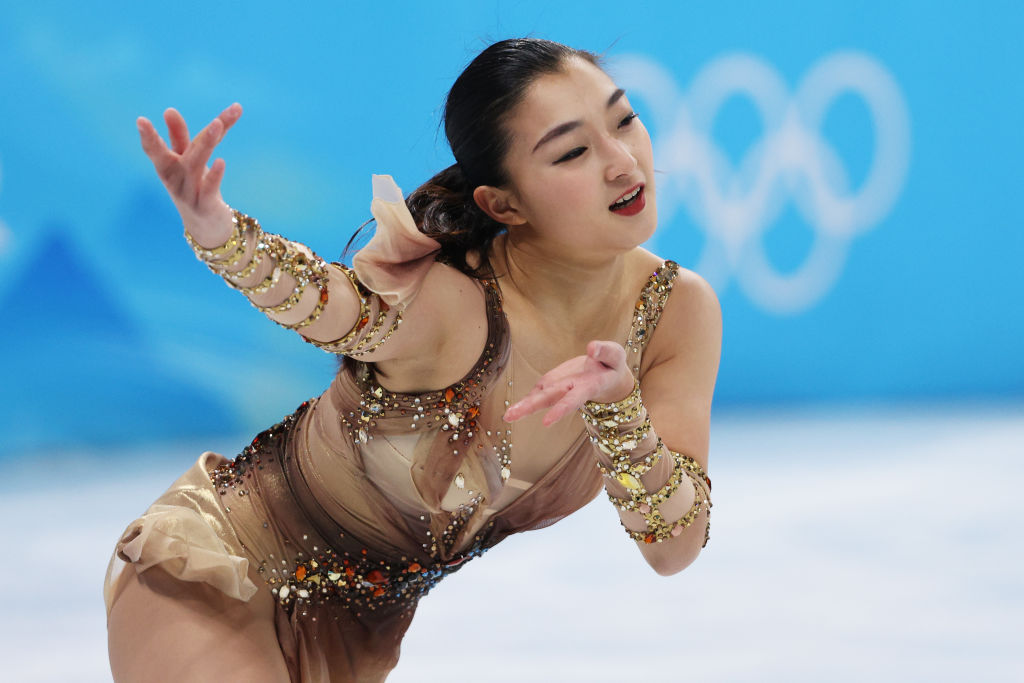 “I am actually quite satisfied with my triple Axel,” she told reporters. “But the score was actually lower than the team events. So that is what I’m feeling not happy about.”

The game remains open in the top four positions with the women’s free skate set for Thursday (17 February), always at the Beijing Capital Indoor Stadium. 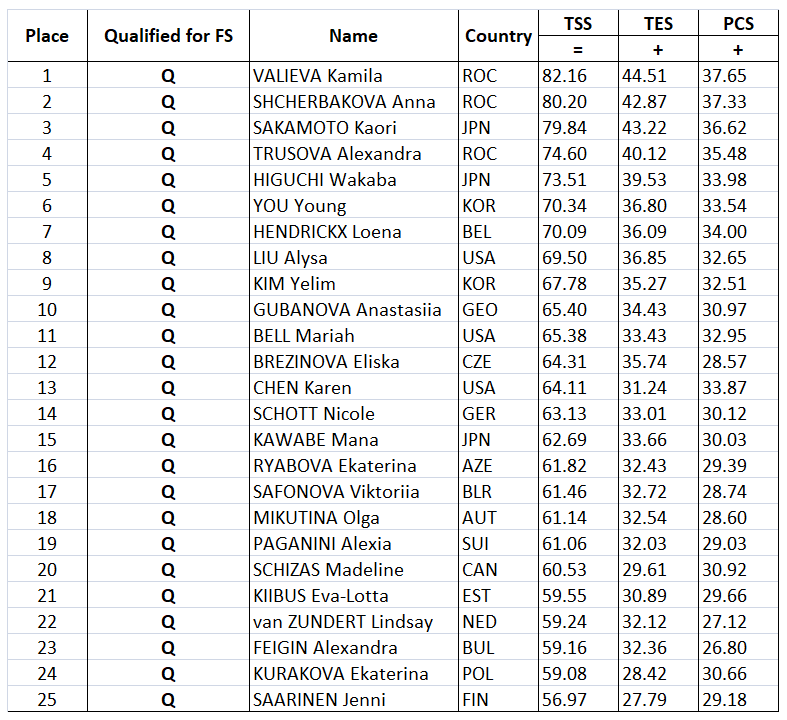 Anna Shcherbakova leaves nothing on the table and wins gold