Valieva off the podium, a heart-pounding Olympic final

Her case kept the entire world figure skating audience in suspense for about a week. And so it was for the rest of her performance in the free skating as well. History will remember this 2022 Olympic final for the Kamila Valieva case, who qualified only fourth, and for everything she represented, bordering on nonsense. 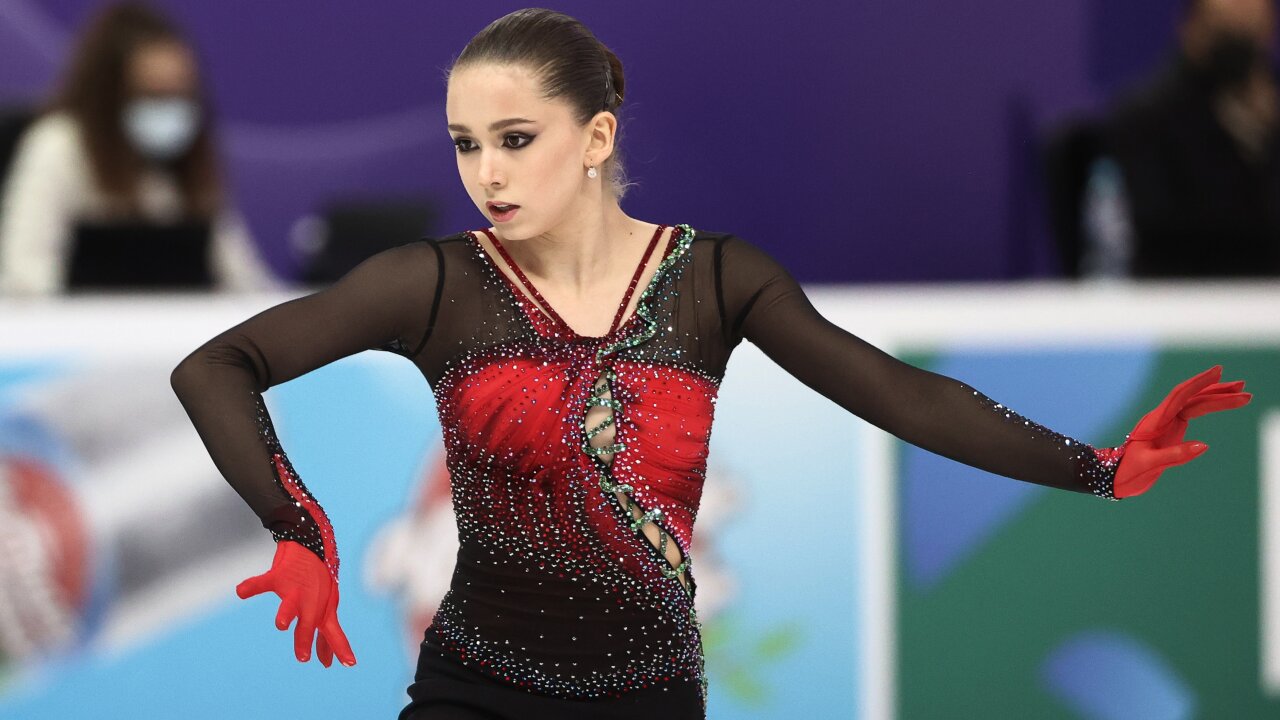 The young Russian skater, at the center of a serious and heavy doping case (the positive test was on 25 December last year), missed out the podium due to a long series of technical errors that unfortunately dominated the ice in her free skating program of today February 17 (with a total score of 224.09, the lowest she got in the season). 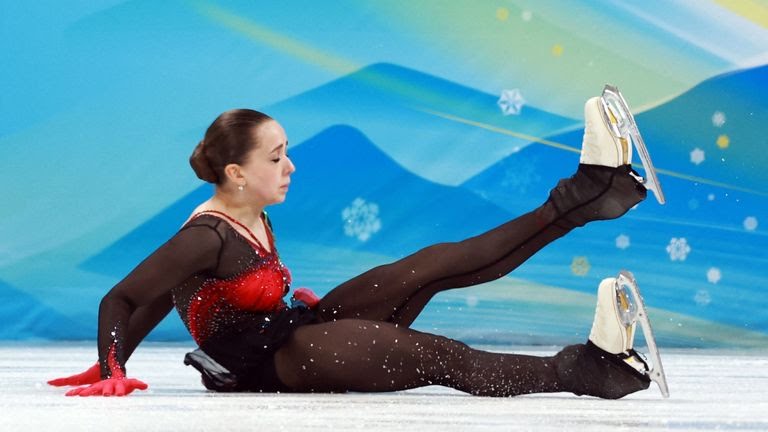 An all-Russian podium had been expected for many months, since the time of the Grand Prix and the European Championships, expected until a few minutes before her performance. How Kamila could have been so grossly wrong is a question that many will try to answer in the coming days. What is certain is the clear fact that a 15-year-old girl with a maximum load, who leaves for the Beijing Olympics already with the gold medal in her pocket, cannot stand up to the media pillory that followed the scandalous news of her positivity to the doping test. No athlete, at least at this young age, could have withstood such a stressful condition. Skating does not give anything away and nothing can be left to chance: if you are not in a perfect psycho-physical condition, you have no escape. And the virduct is clear and infamous: Valieva fourth, after the Japanese Sakamoto. Shcherbakova gold medal, Trusova silver. 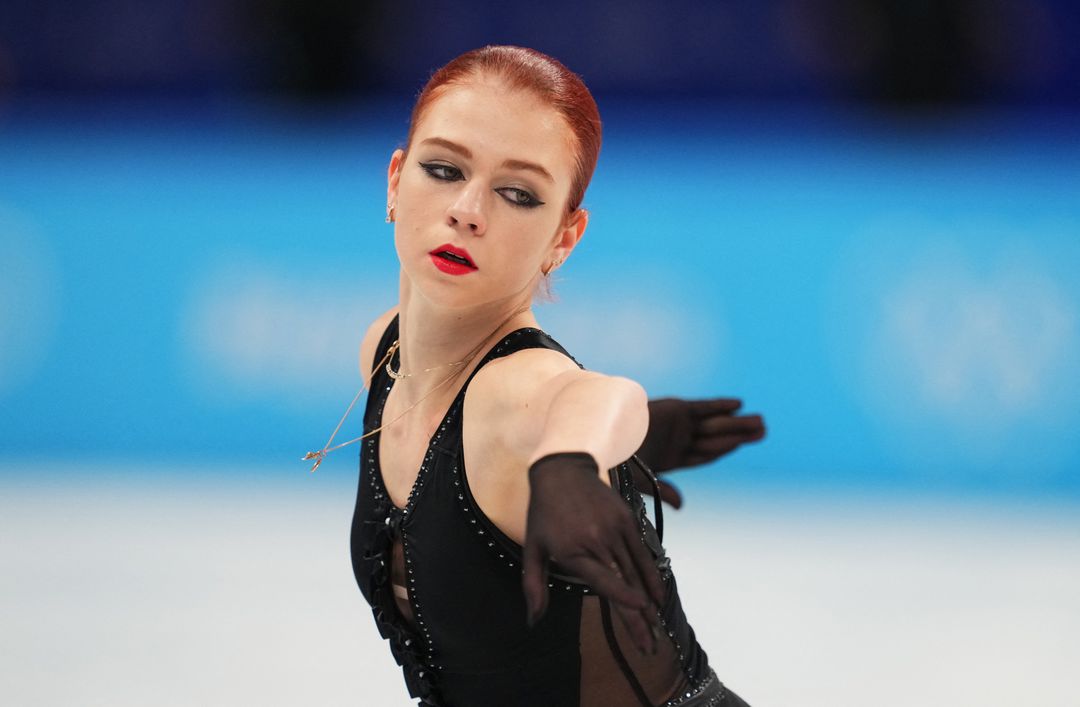 All well-deserved medals, yet a little bitterness remains in the mouth. At the end of the competition, results in hand, the behind the scenes sees the Russian team engaged in a group consolation, an unprecedented scene if we think of the glacial coldness with which the Tutberidze team usually shows up on the ring. 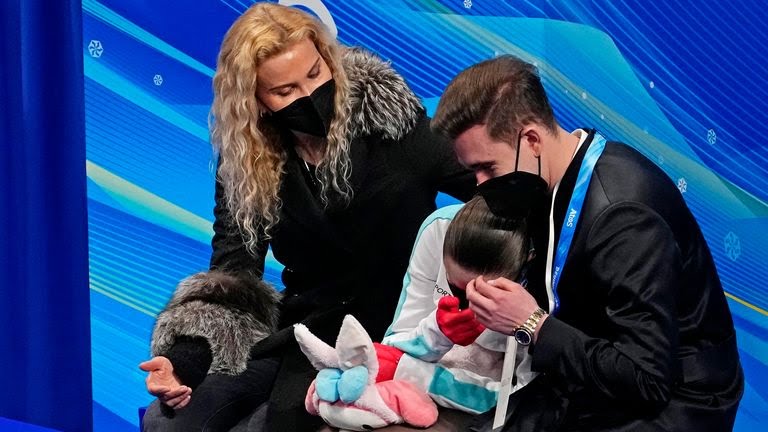 With Valieva missing the podium, the medal ceremony could be hold in Women’s Single Skating.

In terms of results, Valieva performed her worst free skating program today, mostly lead by her obviously heavy emotional situation. She currently remains the skater with two world records, a Personal Best Total Score of 272.71 and Personal Best Score Free Skating of 185.29 (both achieved at the ISU GP Rostelecom Cup 2021). 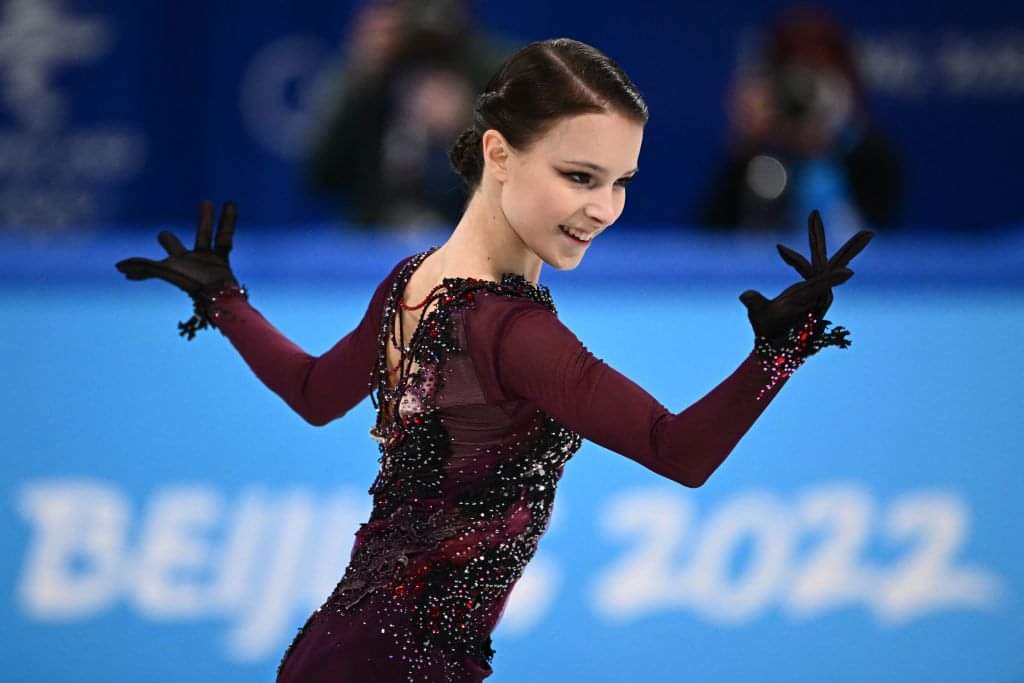 Anna Shcherbakova wins (and deserves) the gold medal with a total score of 255,95, representing her new Personal Best Total Score. 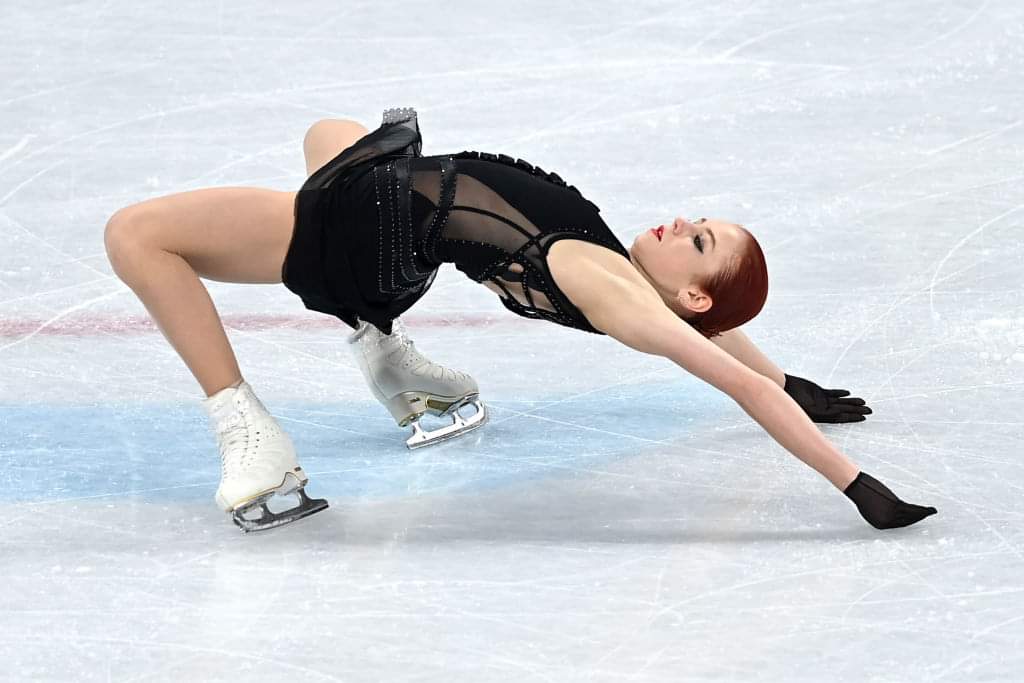 Alexandra Trusova wins the silver medal with a total score of 251,73 thanks to her incredible program consisting in a set of 5 quad jumps. 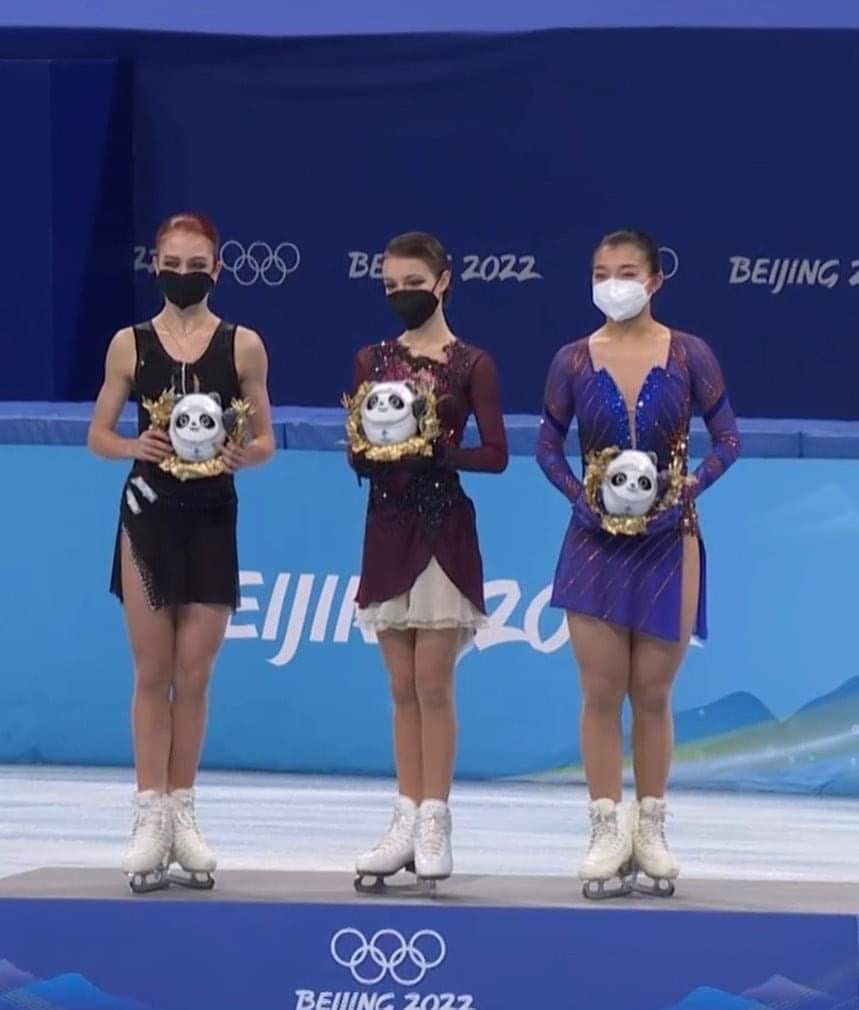 Japanese Kaori Sakamoto, bronze medal, was expected for the podium after her brilliant performance in the short program last Tuesday (see article), but her technical score, as well as her Presentation, were far from the scores of the Russian trio. With Valieva making do many mistakes, the podium has space for the Japanese.

For many of the olympic athletes at Beijing 2022, the next appointment with the ice is for the world championships in Montpellier next month.

Anna Shcherbakova leaves nothing on the table and wins gold

The Tutberidze method and the secret school Sambo 70